All Politics is Local

Local elected offices deliver much of our quality of life, governing everything from schools and justice to clean water and connectivity, to pocketbook issues like property taxes.

That means the road to women’s equality in elected office runs right through our neighborhoods.

It’s here that 500,000+ on-ramps to influence and service can build a pipeline of women candidates as diverse as our nation.

In fact, local offices make up 96% of elected offices in the United States! Yet they receive little attention from established political movements, who traditionally focus on the big races at the state or federal level.

WCF launched the All Politics is Local initiative to shine a spotlight on the value of local offices – to help women find the best role to impact the local issues they care about, then run, win, and govern well, so communities can find the leaders they need.

What does that take?  It takes a roadmap, a clear-eyed view of what people in each community want beyond political labels and the loudest voices, an understanding of the options to act on those priorities and who’s in what office and what they have done.

It takes all that.  Yet, as a candidate, let’s face it:  first you have to feel safe – to run, speak your mind, say things others don’t agree with.

The All Politics is Local initiative helps make candidates feel safe and sure about running. We:

Under WCF’s 50/50 Partners program, the All Politics is Local initiative delivers on that promise by:

Altogether, the five-year project establishes a scalable foundation of vital information to supercharge progress toward #5050x2028 by activating local government as a road to elected office for women.

To do that, All Politics is Local must, essentially, map more than half a million local elected offices. That is a big job.

So, the initiative is building a sophisticated network of influencers to attract peer-to-peer data, advice, and participation from relevant government agencies, associations, officials, and data sources to model and refine the work.

Starting with six pilot projects (2 rural, 2 suburban, 2 urban) in diverse geographic settings during the 2022 election cycle, the network is then aggressively enlarged. Pilot and expansion sites are used as levers that accelerate adoption in three measurable phases with succession planning to drive full national scale.

An advisory council of local government officials, women candidates, grassroots community advocates, diversity and inclusion leaders, and allied organizations will ensure that each phase produces a value-add resource and that the project engages implementation allies to maximize reach and impact.

A vital product of the initiative is a central, national data hub that is populated, modeled, and stewarded through consecutive waves of engagement to give women in communities nationwide the keys to office – unprecedented access to data and resources that power their choices, campaigns, and service to those they represent.

The entire process is fueled by seasoned field and central staff managed by the partner organizations, supported by the data platform of GIS data innovator, ESRI. 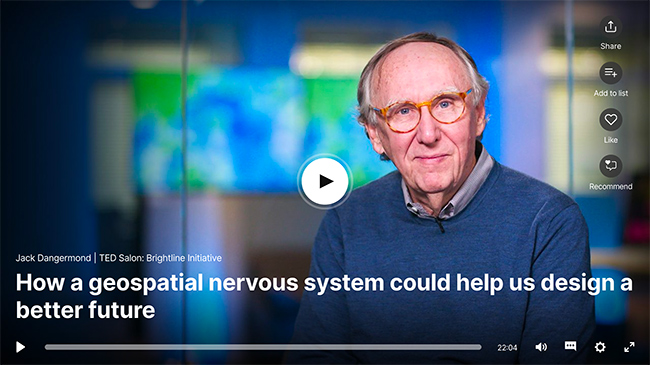 All strategy – including pilots and subsequent waves of geographic focus, networking activity, and action to secure commitments to participate – is accelerated by thorough analysis of more than 500 studies showing patterns of behavior in how people adopt and engage in new technologies and ideas.