Wow.  January was a stunner.  Yet the weeks that followed did their best to keep up the pace.  That’s really saying something, since, let’s face it, February in the U.S. is barely an excuse for a month, marked by a turtle crawl toward the hope of Spring, with a veiled threat to go on forever!

How do we know?

The first ever female Director of National Intelligence got confirmed January 20th by an 84-10 vote in a 50/50 Republican/Democrat Senate – on the first day of a change of Administration.

Days later, Janet Yellen became another first, as the new female Secretary of the Treasury, her bona fides stacked high. The earth didn’t shake…  The ocean kept on rushing to the shore…

Great news! Yet not the news on everyone’s lips.

That tells us how enormous the wave is becoming.

Questions that might have been heard a scant few years ago don’t seem to have challenged the outcome.  “Can she handle it?”  “Can the agencies handle their first woman chief?”  The stories weren’t really that big a deal.  Ask a few people if they can name the new DNI.

Once again, how do we know we’re on a wave?

Almost 60 years ago, a synthesis of 508 studies showed how people adopt innovation.  Malcolm Gladwell talked about it in his bestseller, The Tipping Point.

Turns out, people embrace new options for doing things – in waves.  Each driven by the influence of people in the wave before them.  Two small waves up front, two big ones later.  Next thing you know, more than eight out of ten people are standing on a new shore.

So, when the next big thing begins to look like just another day at the beach, you can be fairly sure the waves are rolling.

#5050x2028:  It’s time to embrace the fullness of the opportunity borne by a powerful tide.

WCF’s new interactive tool tells the story of #5050x2028 using data that maps where we stand, along with information about where we came from, and the common sense of where we’re going.

Click below and see what you can discover about where you live.  There’s a good chance you’ll learn something, even as we continue to populate the maps.  Scroll through, take time to explore, dig a little in the “story maps” along the way! 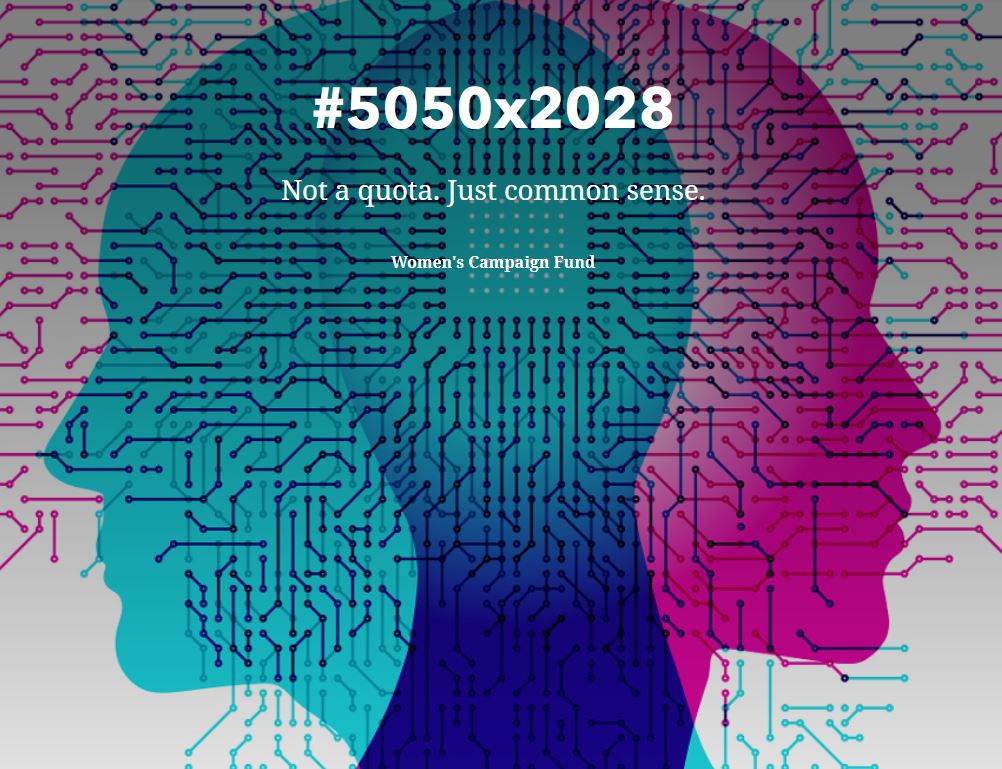 From there, it’s natural to look at the fact that…

All Politics is Local

You’d be hard pressed to remember that old political saying with all the national politics dominating our screens and conversations these past few months.  Yet it deserves a spotlight, since 96% of the more than half a million elected offices in the U.S. are at the local level.

Local elected offices deliver much of our quality of life, governing everything from schools and justice to clean water and connectivity, to pocketbook issues like property taxes.

That means the road to women’s equality in elected office runs right through our neighborhoods.

It’s here that 500,000+ on-ramps to influence and service can build a pipeline of women candidates as diverse as our nation.

WCF launched the All Politics is Local initiative to shine a spotlight on the value of local offices – to help women find the best role to impact the local issues they care about, then run, win, and govern well, so communities can find the leaders they need.

What does that take?  One thing it takes is a roadmap, a clear-eyed view of what people in each community want beyond political labels and the loudest voices.  It takes easy access to information that helps a woman understand her options – what offices will allow her to act on those priorities – as well as basic information about who’s in what office and what they have done.

Another thing it takes is a central, national data hub that gives women in communities nationwide unprecedented access to local data and resources that empower their choices, campaigns, and service to those they represent.  This new hub builds on the underlying data platform of global innovator, ESRI. Here’s a TED Talk by the company’s CEO about the power of the type of tools All Politics is Local will offer… 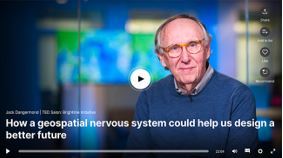 As we focus throughout March on extraordinary women who’ve changed our world, be on the lookout for WCF’s new storytelling initiative. Women Who Changed Your History.  Watch for your opportunity to post a lasting tribute to the woman or women whose actions, large or small, changed your story, and thus the history of your world!  Think about that.  Who comes to mind – and what did she do?