The Ties That Tame Us

And in the month of May, earth rested.  Well, not around here, where grass grew like it was auditioning for America’s Got Talent.  Yet it’s hard to come through this time of pandemic and not see something unexpected and deeply rooted, a touch of grace, that leaves us calmer about who we are and how we get by.

For those who sense that the past year’s sudden grip turned out to be a time for our true nature to come gently forward, here’s a thought:  now we take that nature back into culture.  And culture is more or less what we do to tame our nature!  Perhaps this time, we can help our nature to tame our culture.

How?  In The Little Prince, a classic tale for children and adults, a child who is a prince asks a fox to play with him because he is so unhappy.

The fox says they mean nothing to each other, but would if the prince tamed him.  He explains what that means:  “to establish ties.” The prince is skeptical:  he feels pressed for time and he’s looking for friends. The fox explains how his life works now, endlessly repeating the same instincts to hunt chickens and be hunted by people.  To shake that up, he says, the prince’s footsteps can become something the fox looks forward to rather than avoiding.

Soon things that separate them might become harder to bear, yet richer in spirit, because each will have so much more to appreciate just from knowing the other.

Some people walk in the rain, others just get wet.

As we reckon with the horrifying violence unleashed on people of every Asian American  and Pacific Islander American community, this month it is that much more urgent to recognize the contributions and influence of these citizens to the triumphs, story, and culture of these United States. One Chinese-American woman’s legacy embodies each of those priceless attributes. And she is, of course, just one among millions who have served with distinction in the U.S. Congress, state and federal government, in every branch of the military and law enforcement, in each of our treasured institutions.

Looking Back at Our Losses; Looking Forward to Our Gains - Women’s Campaign Fund 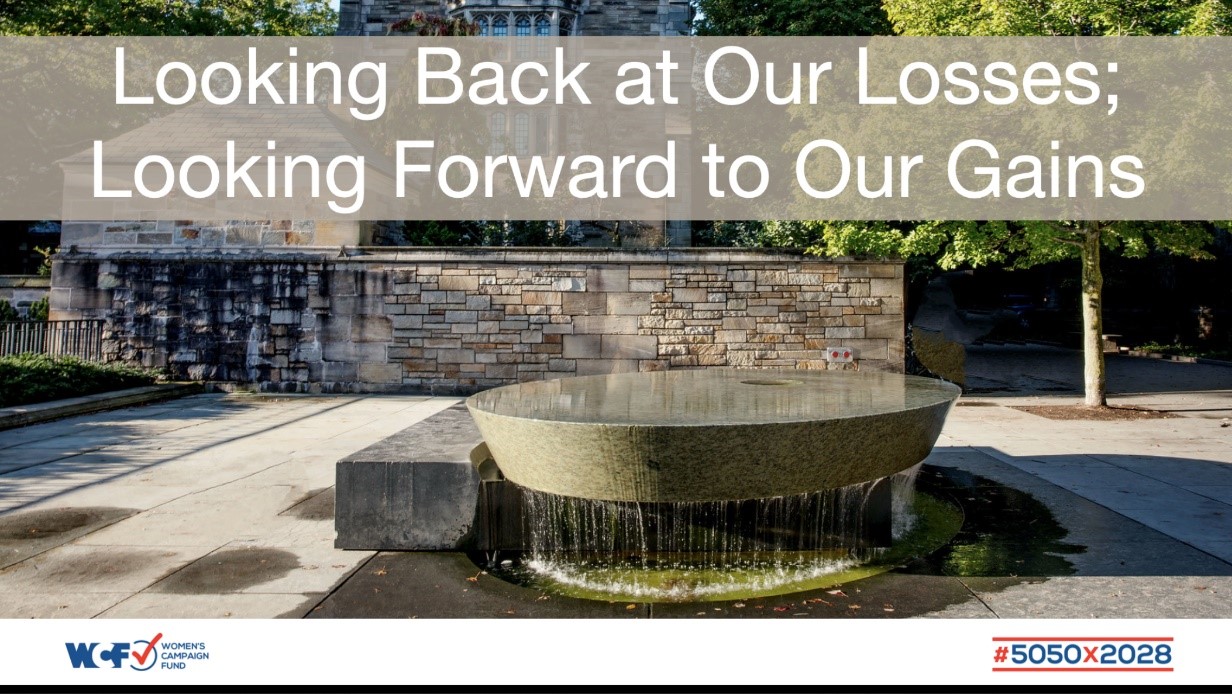 Seating women at the table

In the center of Yale’s campus, the Women’s Table — a fountain sculpture created by renowned artist and architect Maya Lin — is cause for reflection. Lin’s work chronicles the number of female students registered each year since Yale’s inception in 1701.

The numbers start with a string of zeros, deep in the sculpture’s dark middle. With the passing of each year, they spiral out until they reach the edge of the table, where water streams.

The largest number on the table is 4,947. It’s the figure from 1992, the year before the sculpture was completed. Were the art to be updated today, that number for female enrollment would be 7,048 — eclipsing the male tally of 6,561.

The table continues to open.

Yes, dead. Culled from a stretch of New Jersey’s Pine Barrens, they were killed by saltwater from rising sea levels tied to global warming.

The display of dead trees, deliberately transplanted, is her latest work of art called Ghost Forest — created to highlight the dangers of climate change. Opened May 10, 2021, the exhibit is a somber reminder of what we have lost, yet an inspiring message of what we can gain by choosing a different path.

The exhibit will end in the fall with a step toward a greener future: the planting of 1,000 native trees and shrubs in public parks throughout the city.

Women’s Table and Ghost Forest are true to form with the themes of Lin’s 40-year career: looking back at our losses while looking forward to our gains.

She’s best known for her memorials to human loss. In Washington, DC, her Vietnam Veterans Memorial, described as a solemn gash in the earth, bears the names of some 58,000 soldiers who died in a war that deeply divided America.

In a blind competition, Lin beat out 1,420 proposals for the commission in 1981.

Much about her design broke convention and brought controversy. Her creation did not tower above the ground; it thrust into it. No white marble; just black granite. No faces; just names.

To add fuel to her critics’ fire, she was a woman. She was the daughter of Chinese immigrants. She was at the time not a practicing architect but a 21-year-old senior at Yale.

Yet she stood up for her work, successfully defending it before the U.S. Congress.

Creating a memorial to hope

In Montgomery, Alabama, another Lin creation, equally unconventional, marks another solemn gash in our nation’s history. The Civil Rights Memorial is a circular black-granite table, engraved with the names of martyrs to the cause. The history of the movement is shown in radiating lines.

Water comes up from the table’s center and flows across its top. Behind the table on a curved wall are the words of Dr. Martin Luther King Jr.: “[We will not be satisfied] until justice rolls down like waters and righteousness like a mighty stream.”

Lin envisioned the memorial to be a contemplative experience, not only in honoring those who lost their lives in the Civil Rights struggle but also in appreciating how far we have come in our quest for equality. “This is not a monument to suffering,” she said. “It is a memorial to hope.”

Finding the place where opposites meet

“I feel I exist on the boundaries,” Lin has said. “Somewhere between science and art, art and architecture, public and private, east and west…. I am always trying to find a balance between these opposing forces, finding the place where opposites meet… existing not on either side but on the line that divides.”

In reflecting on Asian Pacific American Heritage Month, and influencers like Lin who have engraved our history, we look, too, to find the place where opposites meet. We look to our commitment to #5050x2028, or roughly half women and half men in elected offices nationwide by 2028.

As Lin has shown us through her art, when women have a place at the table, we can better follow the “mighty stream” to a new way of thinking. Together, we can see the forest for the trees.

On Our First Anniversary

Every anniversary of something important to you is etched somewhere inside you, whether or not you realize that in time to observe it.

The one-year anniversary of the murder of George Floyd, however, presents us with a mountain of reminders.

As memories of wherever you stood on the day, the week, the month, the season unfold, the anniversary also reveals new information about where we stand today.  And once again, the image of a small child stands out from the raw history. 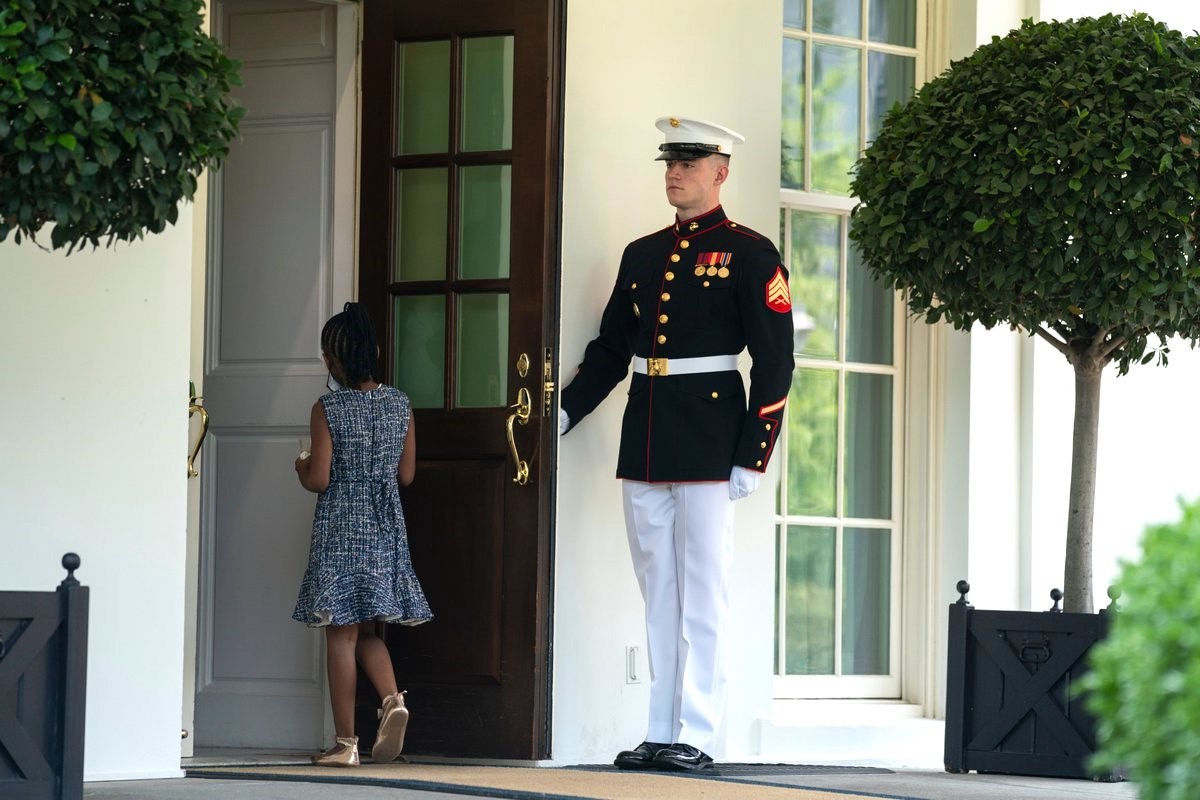 So much going on. So much to figure out.

How Women Changed the American Workforce

Beyond industrial work in World War II, we know now that thousands more women were performing classified and secret jobs. Julia Potter, now Julia Parsons, was one of those women. On March 2 in Pittsburgh, she celebrated her 100th birthday. Read more...

CHIQUITA BROOKS-LaSURE was confirmed to lead the Centers for Medicare and Medicaid Services, 55-44. An Obama administration vet, she will be the first Black person to hold the position. Read more...

On the one-year anniversary today of George Floyd’s killing, history is made. Kristin Clarke, a Black woman, was confirmed to lead the Civil Rights division of the Justice Department.Read more...

From Nancy to Nancy - Nothing would or seemingly could stop her. Persistence, savvy, grit, focus, intelligence, empathy, resilience, and good over evil. Read more...

The Coldest Winter Is Over

The Coldest Winter Is Over - We Know What To Do. Read more...

"We need to get the wind at her back,” her Trump Administration predecessor, Ryan McCarthy, said recently, praising her qualifications. Christine Wormuth is expected to become the 25th secretary of the Army. Read more...

Kathryn Garcia would like Andrew Yang to stop saying she’d make a phenomenal partner in his administration. “I’m not running for No. 2. …To be quite clear: I don’t need you guys, to run this government.” Read more...

The first woman to lead the newsroom. Read more...

Policymakers Used to Ignore Child Care. Then Came the Pandemic.

Economic recovery is a golden opportunity to ensure greater resilience for future national and global crises by creating an economy that really works for working women. Read more...

Dance and make a difference!

Wherever you stand or sit or lay your head right now… Wiggle those shoulders.  Tap a foot.  Roll your eyes, if that’s what you’ve got to give it.  But give it!

Give your body a little joy for the journey…

And, as we say each month, from that place, make your heart sing by making a difference… to women who have what it takes to shape the world we’re feeling our way into, connecting solutions to jobs, people to solutions, heart to hardships, opportunity to our scariest dreads.

How can we possibly afford to wait?