Weekly Brief: July 16, 2014
Brought to you by Women's Campaign Fund 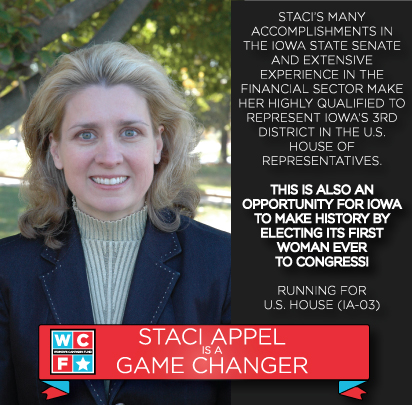 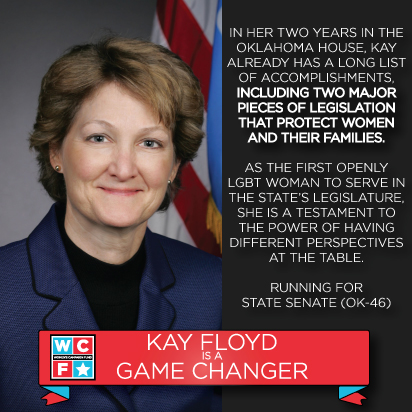 Expecto Empowerum!
So excited that Harry Potter star Emma Watson is the new Goodwill Ambassador for UN Women. Let's face it, Hermione was totally a feminist. If she can lead the House Elf revolution, she can empower the world’s young women easy-peasy.

3 Point Shot
Ohio State Rep. Connie Pillich is 3 points ahead of her opponent for Ohio State Treasurer, according to recent polling by Public Policy Polling. The race is tight—learn more about her vision for Ohio and what you can do to help.

#ActuallyNotSorry
Todd Akin, mansplain-extraordinaire, doesn't regret his infamous "legitimate rape" gaffe. The former Congressman and 2012 Senate candidate reveals in his new book that he shouldn't have apologized for his statements. So, two years later, Todd Akin still doesn't get it. That’s not a “legitimate” surprise.

Hobby Lob-Bey
Fox News’ Jesse Watters accused Hillary Clinton of pandering to “all the single ladies vote” or “Beyonce voters” as a result of the Hobby Lobby ruling. Watters did not realize his words would create a hilarious new Tumblr. I suggest you check up on it.

He-Man Women Lovers Club
Can we get a standing ovation for House Minority Whip Steny Hoyer? Hill staffers are usually seer-sucker wearing gents with a few women sprinkled in, but Hoyer’s office is made up of mostly women. It’s a breath of fresh air for us politicos although the cologne smell still lingers.

The Final Countdown
Remember how immature boys used to make lists of the hotties in school? That’s still a thing. For grown men. About political women. Don’t they know that over-exposure to sexism can cause irritability, face palming, and fever–induced misandrous rants?

Backward Times At Edmonton High
A she-ro from Edmonton filed a complaint with her high school after having to endure an abstinence education course AS A GRADUATION REQUIREMENT. The class promoted abstinence and misinformation about STD’s rather than scientific facts about sexual health. The less you know!

Remembering Geraldine Ferraro
Saturday marked the anniversary of the day in 1984 that Geraldine Ferraro joined Walter Mondale’s ticket and became the first woman to be added to a major party's presidential ticket. She was a trail blazer that is still relevant today especially while we’re waiting for Hillary and other potential awesome female candidates to run.

Welcome to Crazy Town! Population: Everyone
Women get labeled as crazy all the time. It’s nothing new. The kicker is that men do the same things and are never deemed crazy. Like #BanBossy—how about #CanCrazy?

More of No More
The New York Times highlighted a story of a rape victim who bravely chose to report her experience and it’s devastating. We can't thank Senator Claire McCaskill enough for taking on this issue. This shouldn't have to be anyone's college experience. (Trigger warning)