What's the deal with your article about Nellie's Gorbea's primary victory? Or rather—Guillaume De Ramel's oh-so-gracious concession, since that's all the article focused on. 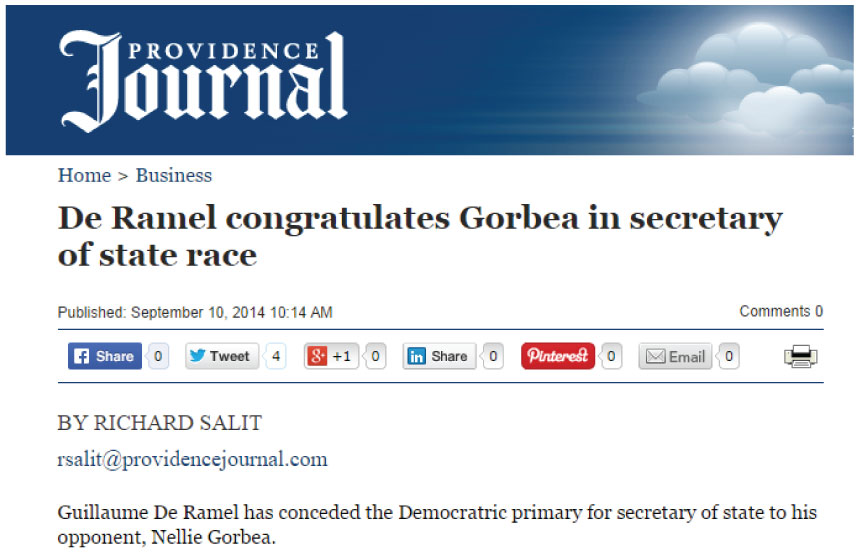 Not once did you even quote Nellie Gorbea, who is now Rhode Island's Democratic nominee for Secretary of State. Not once! Yet, De Ramel gets tons of air time and is allowed to go on and on about his plans for the future. So, to recap: The guy who loses gets to talk about himself for two whole paragraphs. The woman who won? Zero. What's a girl gotta do to get an interview around here? Win an election? OH WAIT.

On top of that, almost every mention of Gorbea is framed by her relation to De Ramel.

"Guillaume De Ramel has conceded the Democratic primary for secretary of state to his opponent, Nellie Gorbea."

"De Ramel deemed the lead insurmountable and congratulated Gorbea on her victory in a statement issued at 11:20 p.m."

It's De Ramel who's at the forefront, here—everything else is just happening around him, and Gorbea is a passive background character that things are happening to. I mean, even the title of the article is "De Ramel Congratulates Gorbea in Secretary of State Race". It's already a shame that this article neglected to mention that Nellie Gorbea has made history by being the first Latina on Rhode Island's statewide ballot, and that her victory has broken a glass ceiling for women of color in her state. But you couldn't even give her an action verb.

Sigh. This is pretty typical stuff for women who decide to enter politics: Men are acknowledged as the real politicians. They're the ones who get the spotlight, even when they lose! So, let me be the one to say it: Congratulations to Nellie Gorbea for winning the hell out of her primary election last night, and for being all-around amazing. 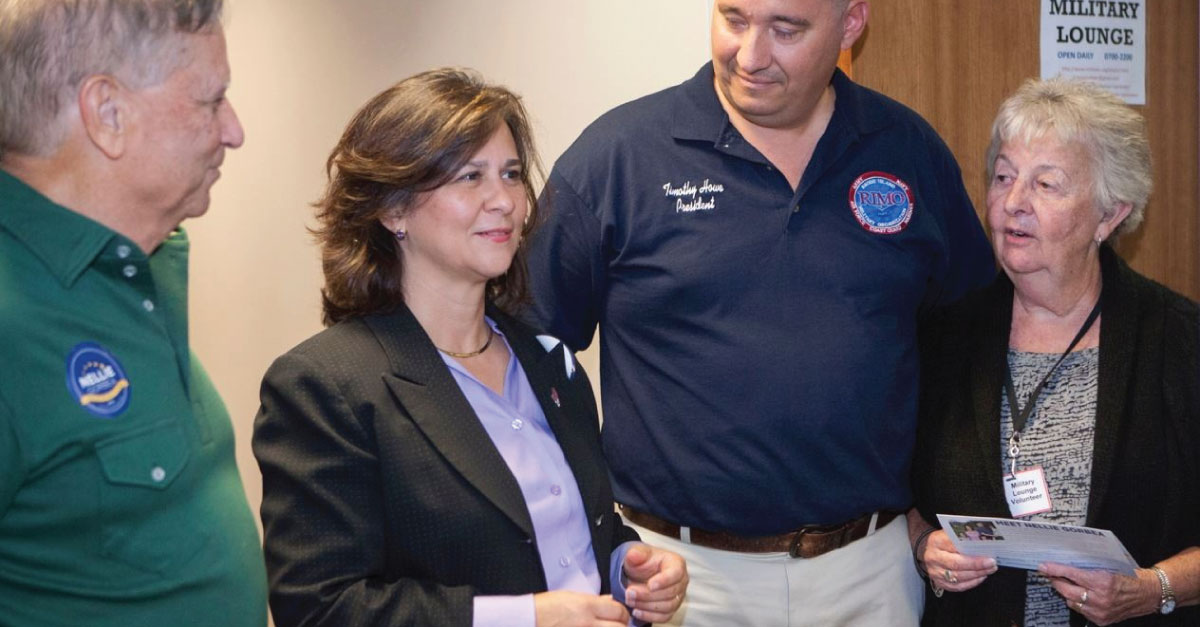